OpenWRT on a Belkin WeMo - The Easy Way 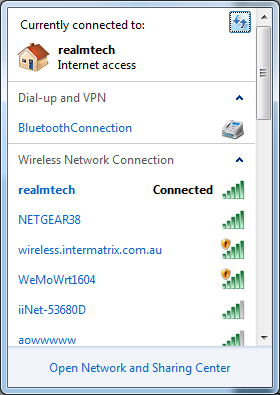 Vulnerabilities aside, the firmware (even the latest version) on the Belkin WeMo is just plain flaky. I've had multiple issues where the device appears to just "hang", flashing an orange error light if it temporarily loses its wireless connection (which seems to be around once a week).  Fed up, I decided it was time to grant them a new lease of life, by reflashing them with OpenWRT.

Belkin has a pretty poor track record when it comes to software. The WeMo is of quite some note, with multiple vulnerabilties found. We're going to use one of the WeMo's vulnerabilities to load up our own firmware: OpenWRT!

This will only work on a brand new out of the box WeMo, or perhaps one where you've only updated the firmware once, many years ago. The vulnerability we're using here requires a firmware version lower than WeMo_WW_2.00.2176.PVT.  These instructions were written against firmware version WeMo_WW_2.00.1700.PVT.  If you're running a higher version, you'll probably need to dive for The Hard Way.

This is a two-step process:

After opening the box, you'll need to set up your WeMo to connect to your wireless network. To do this, sadly, you need to use either the Android or iOS app.

IMPORTANT: Do not update the device firmware when prompted! In fact, to prevent any possibility of this occurring, I powered off the cheap Android tablet I used immediately after seeing the WeMo's DHCP request on my gateway.

One thing Belkin's engineers did well was a "dual partition" redundancy scheme. This allows Belkin to transmit firmware updates to the other partition, boot it, and fallback to the last working version if it fails. The bootloader (U-Boot) uses the "bootstate" and "check_boot" environment variables to pick which firmware to boot. More details are on the OpenWRT site.

More bad news: The copy of busybox available is quite stripped down. No telnetd -- not even chmod! We're going to tell the WeMo to download and run a script which grabs a more fully functional busybox, then fires up telnetd for us to log in to:

Give it a few moments (depending on your internet speed) for wget to download busybox – which weighs in at 1.7MB. If you have a really slow connection, curl may return "Operation timed out".  When the operation is successful, you should see an XML document that looks like an error message – simply ignore it.

You should now be able to telnet to your WeMo's IP on port 23.

Copy the stock firmware to the "B" partition

Check which firmware is currently booted:

If it returns 2 (instead of 0), you can skip the next step – you're already booted into the "B" firmware!

Copy the vulnerable firmware to the "B" partition:

...then simply reboot when ready.

Once your WeMo has booted into the "B" partition, we can finally load up OpenWRT!

Follow the instructions in "Getting a shell" above so you can telnet into your freshly booted "B" firmware.

Check you're actually on the "B" partition:

Download the OpenWRT firmware image (see below for notes):

The point of no return: Write the image to flash:

After the firmware has written to flash, fwupgrade will set the boot variables to tell U-Boot to "test boot" the OpenWRT image, them reboot.

If all went according to plan, that LED at the top should go:

Once that LED hits Solid Orange, you should fine a new "WeMoWRT1604" access point show up. All done!

Once you're happy that OpenWRT is booted and happy, we need to tell U-Boot not to fallback to the "B" image firmware next time we reboot.  Telnet or ssh into your new WeMo, and:

I've added/fixed a few things to the OpenWRT build to try to mimic the stock WeMo's functionality as closely as possible:

Just been reading your blog and thought I'd have a go flashing one of my WeMo's in the hope of comming up with a more stable device.

I am unfortunatly stuck as when running your initial install script to get telnet access, I get the following error:

Here is out put from setup.xml